Since the Middle Ages the chateau in Arc-en-Barrois has belonged to princes, royal families, and French nobility. During the 1789 revolution part of the chateau was destroyed and later confiscated during the First Republic. At the restoration of the monarchy in 1830, King Louis-Philippe (1830-1848), member of the Orleans family, resumed ownership of the chateau and its vast forests. The king later transferred the property to his sister, Princess Adelaide d'Orleans, who was one of his close advisers. 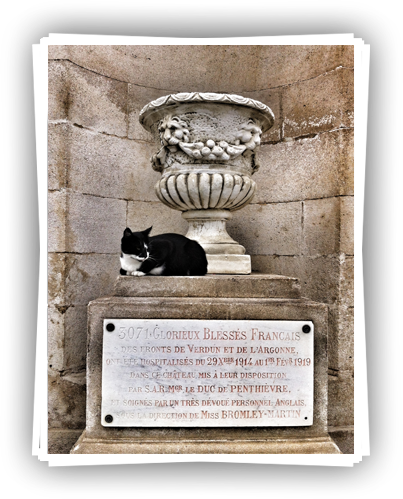 In 1844, Princess Adelaide initiated the reconstruction of the chateau into its current form to serve as a hunting lodge. Unfortunately, she never saw the chateau finished. She died in 1846, two years before its completion in 1848. Her nephew, Prince of Joinville, inherited the chateau which with the fall of the monarchy in 1848 passed to the Orleans family. During World War I, the chateau served as a temporary English hospital.

The huge forest and surrounding lands were purchased by the state and not until the early 1970s did the Orleans family sell the chateau separately to private interests who transformed it into a hotel. As the last French chateau built by the royal family, Chateau d’Arc-en-Barrois enjoys a very special status.

In 2001, a Dutch shipping magnate bought the chateau and completely renovated the building to convert it into a luxury hotel, primarily for golf enthusiasts. All materials used were of high quality with new electrical throughout, a lift to all floors, and a food elevator (a dumb waiter) from the basement to the kitchen pantry on the ground floor and on up to the 3rd floor.

The chateau’s facade of sandstone was gently cleaned and the roof was repaired and replaced with natural slate so that not only the view from the top is fabulous, but so is the roof itself a magnificent sight. The Banquet Halls were equipped with unusually large, beautiful Venetian chandeliers furnished by Murano Glasswork in Venice. Furniture was upholstered to match curtains and bedspreads. All floors and all common areas and rooms were renovated with materials of very high quality with accommodation made for different tastes! The Dutch shipping magnate stopped the hotel project and locked the chateau for a period of time, during which the property remained guarded and supervised.

In 2010 Danish investors purchased the royal chateau with a completely new concept - 214 years after King Louis-Philippe left Denmark where in 1793 he fled the revolution.

During 2011-2012, the chateau was improved and updated with a small library and salon, a new kitchen, and a refurbished and renovated terrace. In summer, a seasonal pool is available to all owners.

Château d'Arc-en-Barrois is situated in the midst of an idyllic village just a two hours drive from Paris.

The village of Arc-en-Barrois offers a school, a post office, two bakeries, a local supermarket "Casino," a butcher, a café, a restaurant with a Michelin recommendation, and many nearby sporting facilities. The simple delights of nature are all around with everything from hot springs, biking, horseback riding and cultural experiences at a high level. And - when village life isn’t enough – you can travel to Paris or Baselwithin a couple of hours. But the village, as you will see when you enjoy it, has a strong beating heart!

Upon arrival you will see the town square located just outside the entrance to the chateau with a monument to the city's fallen in the World Wars, a newly renovated town hall, an old pharmacy, and the delightful Hotel du Parc.

The chateau is surrounded by a beautiful old stone wall along the eastern side with a thirteenth century basilica to the west.
As you enter the chateau grounds through the wrought-iron gate, you will see thirty beautiful lime trees adorning the facade along the village along with a wealth of old growth trees throughout the property. Along the chateau’s west side lies the river Aujon – once part of en encircling moat – an unusually pretty river with an abundance of fish if you´re lucky enough to catch one.

Château d'Arc-en-Barrois is located near the famous "Champagne Route" where more than 15,000 families are involved in Champagne production. Here one can benefit greatly by purchasing some of the world's best Champagnes. "The vast majority of Champagne producers are small family businesses that do not sell their wine to supermarkets, so great deals and wine experiences…” are available at unspeakably low prices.
With our location near Champagne and Burgundy, additional recommendations are unnecessary; the word gastronomic pleasure comes into its own in the surrounding area.

French kings throughout the ages have had a tradition of being crowned and baptized in the region.

You are in the midst of a "royal" area where through the ages French kings have chosen to conduct the most important events of their lives. Now you too can schedule your important events here, as part of that same tradition.